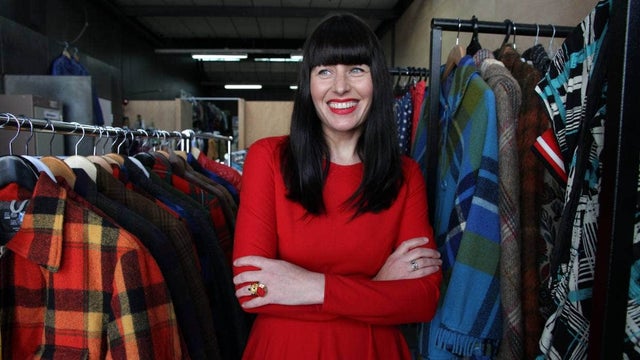 Katrina Hodge is a well established Costume Designer in New Zealand with over 20 years experience in the industry.

These projects include Best Costume Design Award for Why Does Love - The Exponents. Hit series Outrageous Fortune, Hillary, One Lane Bridge, The Gulf, Mystic series 2&3 amongst many other shows.

Katrina is known for her collaborative approach to her work with her colleagues, she thrives on working closely with the creative HOD’s with a greater vision than just costume itself. The mood, tone and palette of a project are where the inspiration for her work begins.

Based on the Pony Club Secrets books by best-selling author, Stacy Gregg, Mystic is a character-driven thriller for a family audience.

A six part New Zealand thriller TV series; Detective Jess Savage investigates crimes on her home of Waiheke Island, New Zealand; after losing her memory in a car crash that killed her husband, Jess becomes determined to bring the killer to justice.

One Lane Bridge - is a crime drama with a dark supernatural edge steeped in Māori spirituality. Set against the brooding landscape of Queenstown, the TVNZ series follows an ambitious young detective whose unique gift of matakite (second sight) both helps and hinders his ability to solve a murder.

It follows super nice city folk Wade and Penny to their new life, the so-called "good life" in the country. But instead of peace and tranquility, it's small town intrigue and mayhem that ensues.

Jonah Lomu - A two-part mini-series, two 90 minute features will tell the "phenomenal story of the boy from Tonga via NZ who took the rugby world by storm".

We're cheering for Carmen Leonard and Deb Cope of Fearless Productions, who received NZOA funding to produce telefeature Runaway Millionaires. Directed by Danny Mulheron, Runaway Millionaires dramatises the story of Kara Hurring and Leo Gao, the Rotorua couple that hit headlines in 2009. Gao and Hurring fled New Zealand for a new life in China with ten million dollars of stolen money. Their story captivated the country for two years...